When sky becomes the only limit 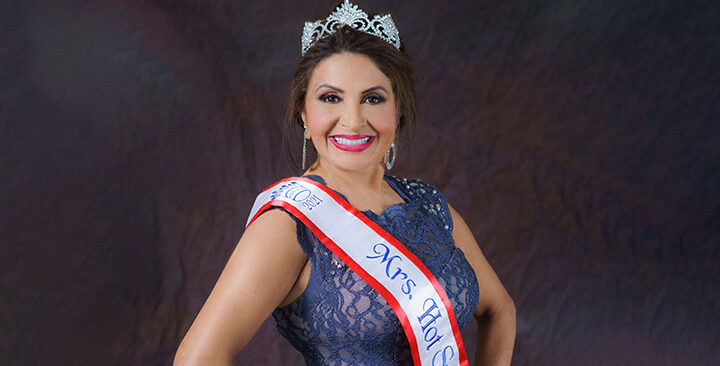 All stories by: Cochin Herald
When sky becomes the only limit

Model-actress and doctor, Anita Abraham, who hails from Chengannur, Kerala, has come a long way over the years. The multitalented Anita was brought up outside Kerala and pursued her studies, as a child in Arunachal Pradesh. The zeal for scaling the pinnacle of fame and success was so ingrained in her that it prompted her to embark on umpteen number of itineraries and equally showcase her prowess in all the endeavours she undertook.

Her perseverance and ambition to reach heights encouraged her to equip herself with a dental degree from Dr R Ahmed Dental College & Hospital, Kolkata. However, to have an inclination towards medical field, at the same feeling the urge to leave no stone unturned had her testing waters in the modelling industry. Though both the fields were as different as chalk and cheese, Anita was never intimidated no matter what challenges lie ahead of her. It was her sheer spirit and willpower that kept her going.

After entering wedlock, she had to move to the US. She says, “After my kids were born, I had to stay at home to raise them. It was soon after they left for college that I decided to follow my passion in modelling.”

She was featured in many magazines, as she reached one milestone after another. Anita was the cover model for ‘Dr Best’ pharmaceutical company in India.

Her passion had her trying her hand in acting, as she was part of a short film named Madakkayathra in Malayalam, which received several awards as well. “I have received the best actress award and outstanding achievement award for my role in the film.”

Today, her achievements as a model have been such that it continues to leave everyone in awe of her talent. She says, “I am proud to be a role model not only for my daughter but also for the Indian community in Arkansas. I am elated to have been crowned Mrs Hot Springs Arkansas America in 2021. I also participated in the State Arkansas America pageant, on May 15. Though, I couldn’t win the title, I received Mrs Congeniality Award.”

Anita goes on to say that a few of the people she knew over the years have contributed to her success story, and she is grateful to have close interactions with them. She adds, “I am lucky to have the director of the pageant, Lynn De Jarnette, for believing in me and for extending her unwavering support. I also thank Buffie Mayo for helping me pick a beautiful gown for her boutique.” She says, “I am the first Malayali in history to compete for Mrs Arkansas America pageant, and I would like to thank my sweet friend Mena Bharany, who encouraged me to participate in the same.”

Anita winds up saying, “I am incredibly blessed with a wonderful family and friends. I would also like to thank my husband Dr Jacob Abraham and my children Jeena Abraham and Justin Abraham.”

All stories by: Cochin Herald